The History of Big V Feeds

In 1917, C. T. Hardeman established a flourmill at 4th and Chickasaw Street in McAlester Oklahoma. The mill, known as the Hardeman Milling Company, produced flour and corn meal, which in turn sold the mill by-products and grain to the feed trade. C. T. Hardeman’s first venture into the milling business came at Oklahoma City when he, his father and an uncle organized the Hardeman-King Feed Company in 1912. C. T. Hardeman returned to Oklahoma City and built a new mill in 1923. His operations gradually expanded to Muskogee, Sayre, and Amarillo Texas. The company feed logo was Merit Feed. In 1943, Hammonds took over ownership of the King assets, however, Mr. Hardeman retained ownership of his interest and the new company became Merit Mills. 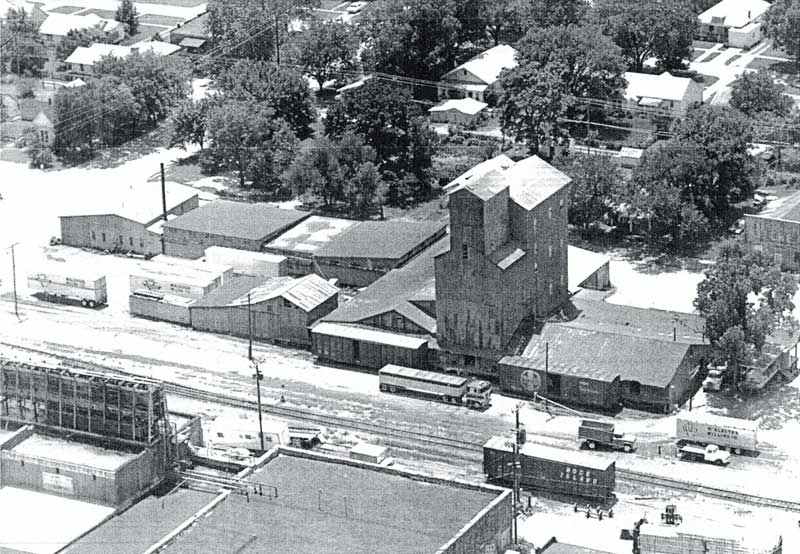 In 1931, C. T. Hardeman returned to McAlester to operate the Hardeman Milling Co. It manufactured grain products and distributed Merit Feeds, dairy feeds, sugar, salt, potatoes, and steel products to eastern portions of Oklahoma. However, During World War II, flour milling was discontinued and flour was contracted from other mills to fill the Hardeman label.

In 1945, Woodrow Verner became manager and bookkeeper of the Hardeman Milling Company. In 1947, Hardeman's son C.T. Hardeman Jr. began working for the firm. However, in 1952 Woodrow Verner left Hardeman Milling Company to open his own feed mill. Also during this time period, Merit Mills sold its four plants to Ralston-Purina. Mr. Hardeman used the proceeds from the sale of his interest in the Merit Mills to build a complete feed mill in McAlester for the purpose of making all types of pelleted animal feeds. The Mill became Magic Mills Inc.

C.T. Hardeman Sr. passed away in 1957. However, his will stipulated that the mill could not be sold or closed for ten years. By 1967, the Hardeman family, C. T. Hardeman Jr. now president of the company, decided to close the mill and liquidate their assets.

By 1973, Woodrow Verner retired and sold the business to his son W.L. “Bill” Verner. W. L. Verner and his family incorporated the business and became owners of all stock. In 1975, the name of the company was changed to Big V Feeds and the company logo was Big V.

However, on December 20th, 1976 at approximately 3:00 P.M. disaster struck. A windstorm toppled a wooden pole holding a high voltage transformer. The electrical wires struck the metal mill building causing a huge explosion. Eighteen people were seriously injured, but fortunately there were no deaths.

In 1977, construction of a new mill began. The mill became operational in 1978 with modern equipment and a leader in the manufacturing of all types of animal feeds. The company continues to update and modernize equipment in order to produce the best product possible. 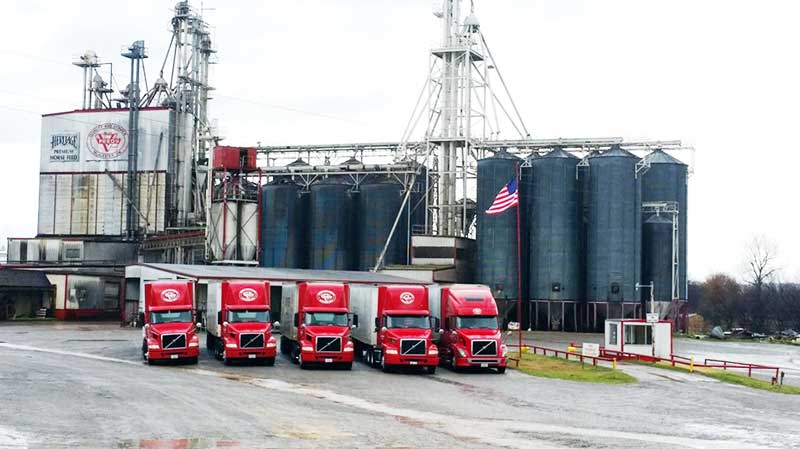 W. L. “Bill” Verner is still active as President and C.E.O. of Big V Feeds Inc. and supervision of the mill is operated by his son David Verner, now Executive Vice President of the company. The company is under the third generation of the Verner family and continues to maintain quality products along with quality service and value to its customers.

A balanced diet is necessary for a healthy flock to express their full potential. ...

A balanced diet is necessary for a healthy flock to express their full potential. As a medicated high-energy grain diet ...

All NaturalSUPER SCRATCH GRAINAn all natural wholesome blend of 8 quality grains designed to provide a safe and healthy choice ...

A balanced diet is necessary for a healthy flock to express their full potential. Game Cock Maintenance is a blend ...